Why study the Master of Business in China?

In 2012, China became the world’s biggest trading nation in goods, edging past the United States for the first time.

In 2014 China surpassed the US to become the world´s largest economy. According to the International Monetary Fund China produced 16.5 percent of world GDP in 2014, compared with 16.3 percent for the US.

Whether you are looking to work, you are going to discover that you’ll have to deal with China. For that reason western multinationals are recruiting graduates to expand in China.

The financial capitol of the planet is moving to Asia. Western companies and managers need to understand the opportunities and challenges that this phenomenon generates.

The size of the market and its growth potential are not overlooked by Western companies. Nevertheless positioning a company in China is not easy; Hence the need to have experts who know the keys in order to developing business in this country.

China’s cities are growing so quickly that the country now has more urban centers than most Western nations do. By 2020 China will have 50 cities with at least 1 million middle-class inhabitants. And by then it is expected to have 800 cities whose residents’ real disposable incomes are greater, on average, than those of Shanghai’s residents today.

The Chinese technology companies poised to dominate the world. From PCs to smartphones, Chinese firms are outgrowing their home market and making their mark internationally. Lenovo is now the world’s largest maker of PCs. Huawei is the second-largest provider of telecoms network equipment in the world. The smartphone and tablet-maker Xiaomi, called “China’s Apple”, is expanding beyond China. By 2020, China’s e-commerce market is forecast to be larger than those of the US, UK, Japan Germany and France combined.

Established in Tianjin as a joint venture between the local government and an European business school, the ESEUNE Tianjin Business School mission is linking East and West in teaching and connecting top talent  to prepare highly competent, internationally oriented managers able to adapt to the driving forces of business globalization, international competition, and international cooperation. 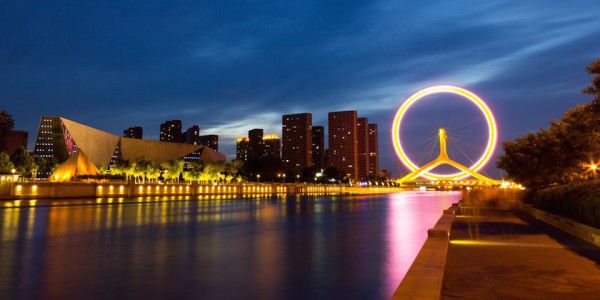 The ESEUNE Campus in China is located in the financial district of Yujiapu (known as the Northern Manhattan of China) in Tianjin (45 minutes from the center of Beijing). Students enjoy complete facilities with modern classrooms, work rooms, cafeteria, rest areas and areas for taking a break between sessions. In these premises the Master students work with Chinese entrepreneurs and managers from technological companies (software, mobile, apps, Internet …), financial and international trade. Tianjin is the fourth largest city in China, after Shanghai, Beijing and Guangzhou. Tianjin records the highest income per capita in China, followed by Shanghai and Beijing. Since the mid-nineteenth century Tianjin has been the main port to enter the Chinese capital. The Tianjin port has the largest artificial bay in the world and by capacity is the fifth port in the world. It is also the operations base of the major cruise companies that visit Beijing. More than 300 Fortune 500 companies have an operations base in Tianjin that has become the new business growth hub in China; A hub for advanced business and financial activity which constitutes a great opportunity for ESEUNE students.

Beijing is the governmental and cultural capital of China. The EBS headquarters is 45 minutes by train from the city center and students can enjoy an ancient cultural environment, visiting the Great Wall to the Forbidden City, passing by the Summer Palace, Lama Temple, Silk Market, etc. 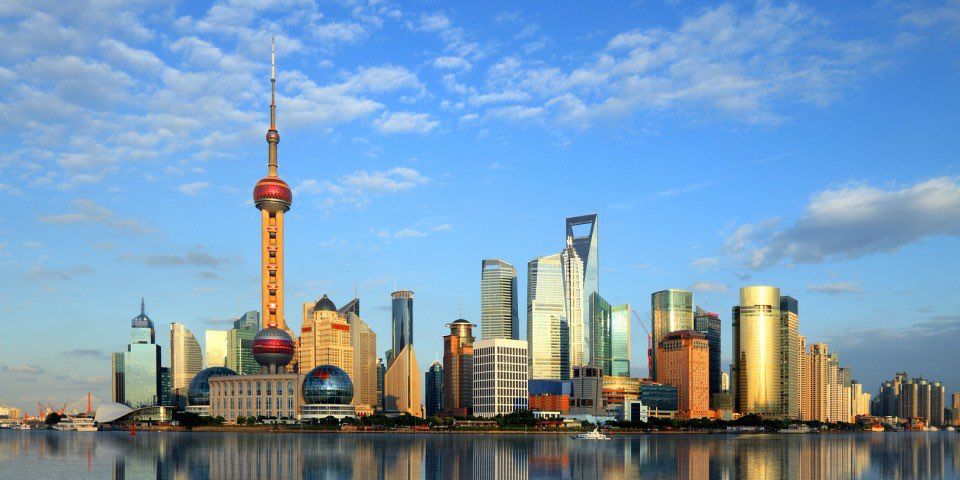 The Master of Business in China (MBCh) was designed for people who want to develop business in China. These people think global and they can find solutions in any situation and in any country of the world.

MBCh students have different backgrounds like business administration, engineering, humanities… All of them are willing to have training periods in different countries in other to learn by living and working on those countries. Participants on average have less than three years of professional experience and their average age is from 23 to 30 years.  But the group includes executive students with large experience and age around 40.

We are looking for professionals with the desire to learn by doing, able to work in teams and able to find solutions to daily problems on companies facing the challenges of a global market. The heterogeneity of the participants (coming from Europe, America and Asia) generates diversity of opinions, ideas and approaches whose contrast is extremely dynamic and enriching. 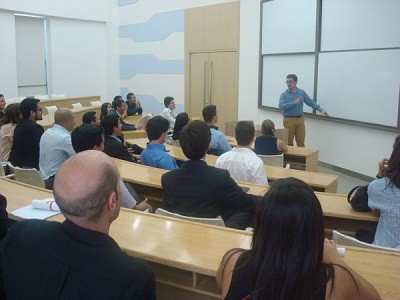 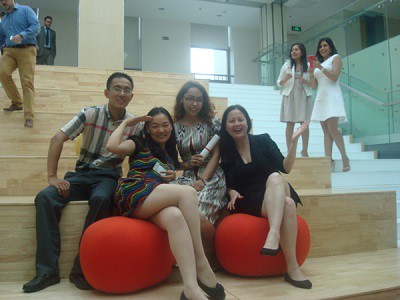 The MBCh program addresses the business management from a chinese perspective, delving into the techniques and tools which have busted onto the general management and directly affecting the competitiveness of a global business. The program consists of 13 modules, totaling 35 credits (according to the European standards of higher education each credit equals 25 hours of work, study, and practice). The Global MBCh focuses on 4 main areas.

All organizations are impacted by the international environment in which they operate. The understanding of strategy, international trade and finance issues is crucial when business is conducted across national borders. By the end of the module the student must be able to interpret international environment, understand the determinants of trade, evaluate trade policy and evaluate the risks of investing in China . The over-riding objective of this first area is to use these skills to articulate comprehensive/cohesive global expansion strategies for any firm. It is divided in 3 courses.

1. Legal Aspects for Business in China

2. Internet, e-commerce and Innovation in China

This area focuses on how enterprises plan, design, and execute their operations in China industries -such as consumer products, high tech, biotech, and retail- where firms must rely on the integration of a network of suppliers, manufacturers, distributors, and retailers to provide products and services. The area is divided in 4 courses.

This area focuses on the improvement of skills towards running business in China. Our students learn how to develop a business plan to China. The area is structured upon 2 courses.

This area focuses in China economy, culture, values and market and is divided in 4 courses. 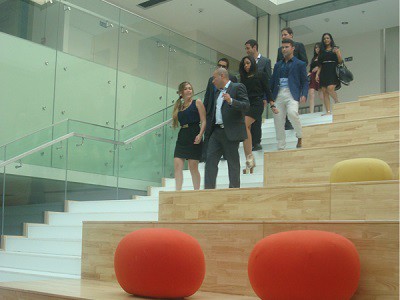 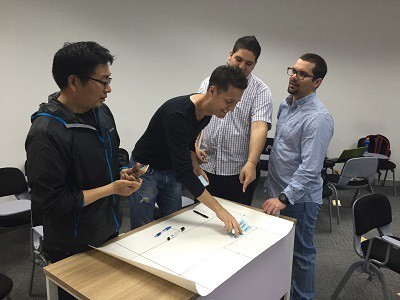 The Master is developed in blended format and has two tuition periods:

• A first period, face-to-face, takes place in China over 4 months (15 weeks from September to December).

• A second period (online) in which the student develops his business project for China. Optionally this tuition period can be carried in China.

The Master entails a 875 hour dedication for the student, 35 credits: 20 face-to-face credits and 15 online credits corresponding to the project development.

The methodology in the first tuition period combines lectures, visits to companies and socio-cultural activities hand in hand with Western and Chinese experts with extensive experience in the country.

In the second tuition period the student has to develop his business project for China (from his own country, or if he wants to from China, since in this period there are no face-to-face classes; the student develops his project on his own and has online tutorial support sessions).

The face-to-face class tuition period will be held over 15 weeks between September and December 2017. The student will have to plan its own trip in order to arrive at Beijing Airport on Sunday, the 3th of September and fly back from Hong Kong on Saturday, the 16th of December 2017.

After the face-to-face classroom tuition period, the student has 6 months to complete the project (business plan to China). This work can be done from his/her country or if he/she wants to, from the ESEUNE business incubator in Tianjin.

The working languages ​​are Spanish and English (medium-high level required).

Our participants learn by doing. They face real business cases, and situations so that they learn how to solved problems. And it is from that experience and the need to solve real problems that our students better assimilate the contents of the MBCh.

Methodology consists of two learning processes: IN and OUT

Implementation of what was learned in real projects with the help of ESEUNE tutors. Thus, all the content and tools are oriented towards real practical application.